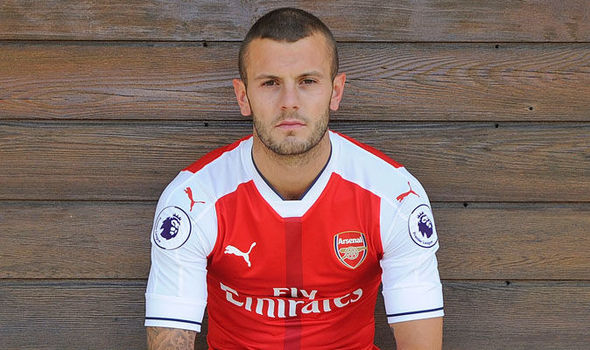 Arsenal midfielder Jack Wilshere has reportedly been told he can leave the club by manager Arsene Wenger.

The news comes with Wilshere having just one year left on his current Gunners contract, as the club get ready to cash in on what was previously one of their most talented youngsters.

Wilshere is still only 25 and it appears as though his stay at the Emirates has now reached its end, after failing to really make an impact during his loan spell with Bournemouth last season

With the news that Wilshere can leave the club, there will potentially be a long list of clubs looking to sign the England midfielder. One of those destinations appear to be Italian side Sampdoria.

The Serie A club have reportedly made an offer of around £6m plus £1.5m in add ons. It seems a hugely low fee for a player once tipped to be the next best thing in English football, but considering he’s in the last year of his current deal, that’s all Arsenal could expect to receive if he does leave the club.

Wilshere burst onto the scene with searing promise; a talent that looked for all the world to be destined for great things. However injuries have plagued his career, and the Gunners are on the verge of losing a player that they’d never thought they be losing when he starred in Wenger’s side as a teenager.

The days of him dominating Barcelona are long gone however, and it looks as though he’ll be leaving North London for pastures new.

He made his Gunners debut at just the age of 16, but almost ten years later he is set to depart having made just 159 appearances for Arsenal. It should and could have been many more for a player whose career is still yet to take off.