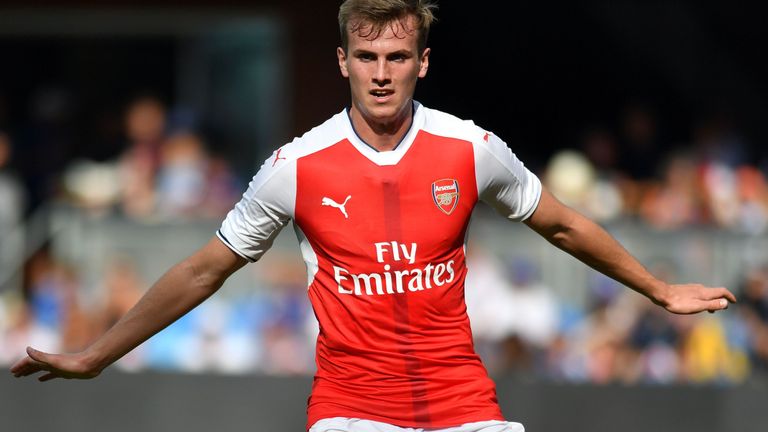 Rob Holding could be heading to Leeds United on loan for the second half of the season, according to Football Insider.

Arsene Wenger has reportedly enlisted Holding as one of the players who would leave the Emirates in January to play regularly. The youngster who was impressive the three times he featured for Arsenal this season is now attracting interest from a host of Championship clubs.

According to the report, Aston Villa, Norwich city and Sheffield Wednesday alongside Leeds United are all interested in signing the defender but it is Leeds who are thought to be leading the race to sign the lad.

Wenger wants the defender to play regularly between now and the end of the season and has decided to send him to a Championship club where he will have a better chance of playing regularly.

Holding has already shown he has a big future ahead of him and all that is needed is to harness his potential and develop into the top player that he can be. And I think sending the defender out on loan is a brilliant idea as it will help him develop properly.

Although i’d I have loved him to join a Premier League club because he will have the opportunity to face high quality opponents more often which will also be great for his learning but moving to the Championship would be of lesser risk as he has the quality to play regularly at most of the Championship clubs.

Wherever the defender ends up, the aim is that he returns to us a better player at the end of the season and hopefully he will.