Mikel Arteta was not happy with the officials after David Luiz’s red card against Wolverhampton Wanderers and wants Arsenal to appeal.

There have been many opinion on the David Luiz’ sending off decision in midweek, with quite a handful of them being that the Brazilian defender made no attempt to play the ball or tackle the man.

Others say that the Arsenal defender was simply running behind him, and not even that closely.

In my opinion, Luiz placed himself in a precarious position and gave the referee a decision to make. He also doesn’t have a good track record for him to have had any chance of getting a positive decision from the referee.

Lets be honest, Luiz was always a game away from getting this type of decisions go against him. This latest one was just in the craze of the moment. A feeling you can get using crazyvegas online casino, rather than on the football pitch. 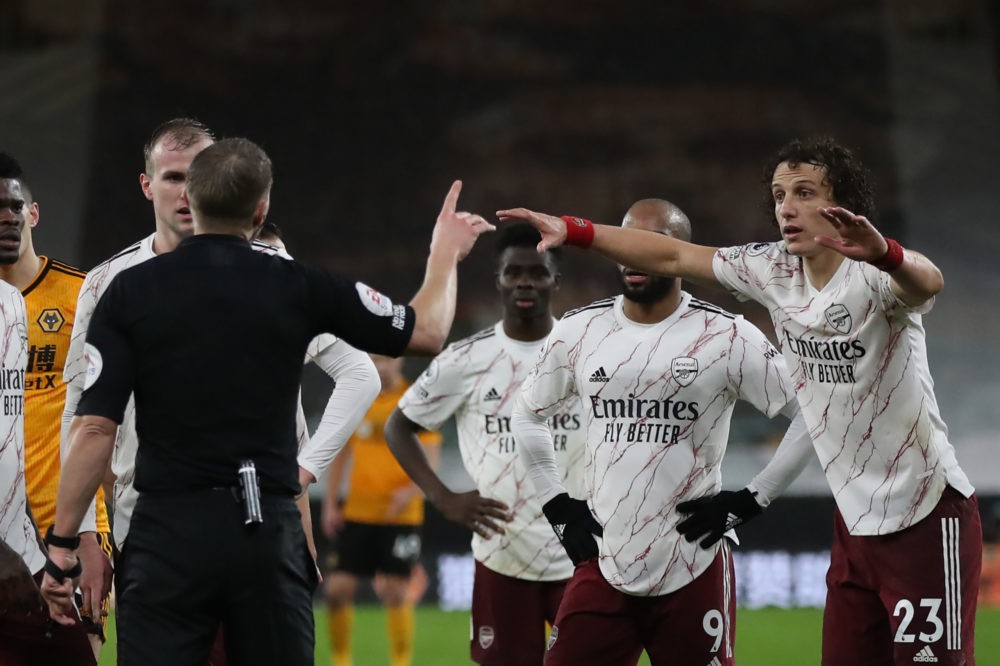 Alas, the opposition player’s heel caught Luiz’s knee with both players in top speed, down the Wolves forward went and to the spot Craig Pawson pointed.

Me and my buddies, like many other Arsenal fans around the world, where left shrugged.

And then, after waiting for Jon Moss in the VAR room, the Referee flashed a red card at Luiz.

The rules have been effectively changed so that accidental contact was not punished three times with a penalty, sending off and use of a sub. Not double but triple jeopardy.

Yet Luiz was sent off and the penalty given, with a seemingly enforced substitution. irregularities such as these are makes online casino preferred nowadays due to the level of control you have while using them.

After the game, Arteta gave his opinion on the incident and, sadly, does not seem to have let rip about what was a shameful display of officiating. He clearly wasn’t happy and has vowed to lodge an appeal.

“If there is any contract, it’s him [the Wolves player] to David, that’s what I’ve seen,” Areta said.

“Again, I don’t know if they have a different angle to what I have or what you have, so that’s where the disappointment is coming from.”

“But the only thing I’m saying is I am sitting here and I cannot see any contact and that’s really frustrating because it’s a big, big moment in the game.

“When I am standing here I would say yes [we will appeal], let’s go straight away because we have a big chance.

“But I don’t know, we have to speak with legal and the club and make the decision on what’s the best thing to do.”