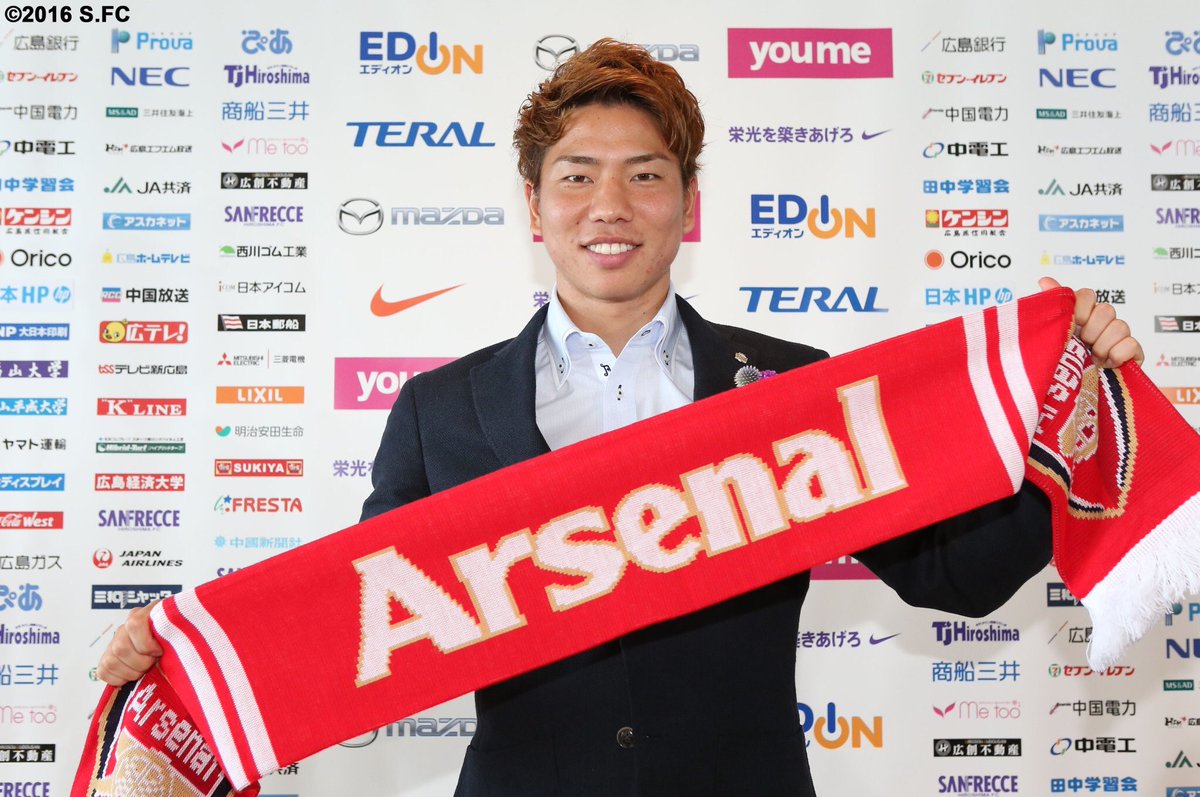 Arsenal’s second summer signing, Takuma Asano, 21, posed with an Arsenal scarf after holding a press conference following his shock move to the Emirates.

Asano emerged as a shock Arsenal target last week when reports surfaced that the Gunners tabled a bid to Sanfrecce Hiroshima – believed to be around £5m – for his signature.

Asano caught the eye of Arsenal scouts after scoring 11 goals in 56 appearances to help Sanfrecce Hiroshima win two J-League titles and 3 Japan Super Cups over the past four seasons while he was also voted as the J-League’s Young Player of the Year in 2015.

The youngster has now been unveiled to the media as an Arsenal player at a press conference in Japan where he posed for photos with an Arsenal scarf.