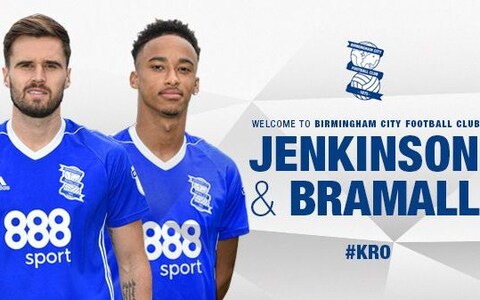 Championship side Birmingham City have completed the signing of defender Carl Jenkinson and Bramall Cohen from Premier League giants Arsenal.

Birmingham who are Championship promotion hopefuls completed the deal on Monday, August 21, and the two players are expected to be with the club till the end of the season.

Harry Redknapp who is the gaffer of Birmingham City is keen to bolster his squad for a fight to secure promotion to the English top flight football next season.

Former England international Jenkinson, 25, has been surplus to requirements at Arsenal and played just five games for the Gunners last season.

Bramall has yet to feature for Arsenal’s first-team in a competitive match but was part of their pre-season tour squad.

The 21-year-old left-back was plucked from non-league last season, joining from Hednesford Town.