In one of Premier League’s greatest rivals, we find two managers in Mikel Arteta and Jose Mourinho who represent a rising star on and one falling down.

But Jose Mourinho has won it all.

He has won just about everything there is in the game. In contrast, Mikel Arteta has won just the FA Cup, Community Shield and managed less than 2-season of games. He’s by far a managerial infant when compared to Mourinho.

But Tottenham supporters won’t care for the number of trophies the Portuguese has won with Porto, Chelsea, Inter Milan, Real Madrid and Manchester United. In all, the ‘Special One’ has won eight league titles, four national cups, two Champions Leagues, the Europa League and a ton of other lesser trophies. Why would they care about any of those when their own cabinet sits unattended for so long?

What they actually do is look up the road and see Arsenal, in the greatest difficulty for 25 years. They wonder how our new manager, who was appointed to his first job in management exactly one month after Jose Mourinho took over the greatest Spurs side in living memory, has some silverware while they still have nothing. in short, it will be easier winning with www.bestaustraliancasinosites.com than for our neighbours down the road to lit a trophy.

To make matters worse, the signing of Gareth Bale from Real Madrid couldn’t be any more a Mourinho masterplan, right down to adding to the severe financial pressure already on a club wondering how they’re going to pay for their new £1bn stadium when they haven’t been able to let any fans in.

But the “Special One” doesn’t care and Spurs owners have to splash the cash because they have to keep Jose happy. That’s the only way he knows how to be successful and deliver trophies– by continuously buying. Tottenham pay him £15m a year and it would cost them £45m to sack him as they gave him a deal until 2023.

And we all know that a bitter Mourinho is a very destructive one.

Mikel Arteta, on the other hand, earns £3.64m at Arsenal.

Their latest signing, Bale is 31-years old and somehow Tottenham agreed to pay half his wages, an amount that totals around £250kpw for their share. He played 1,260 minutes last season and ended the campaign with fewer goals and assists than Bukayo Saka for Arsenal by some distance. 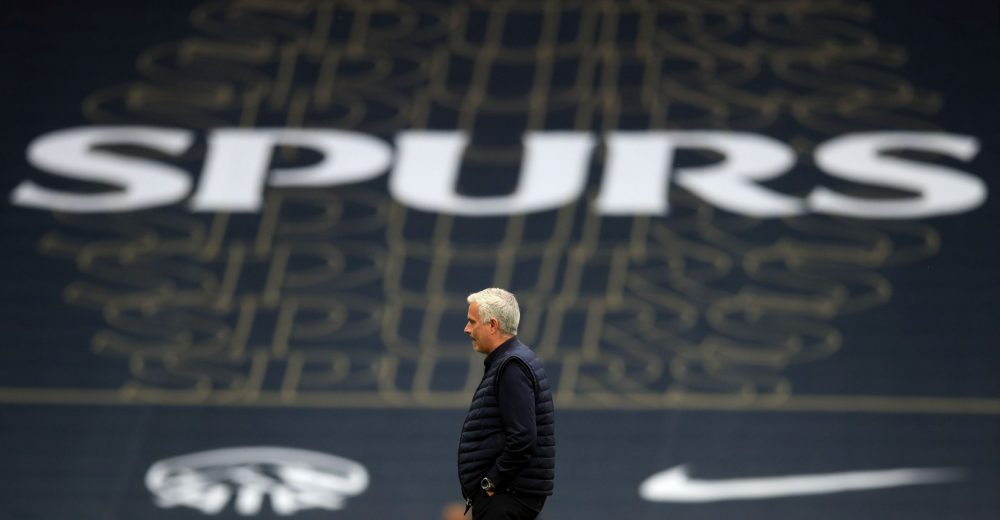 Of course, we can point to Arsenal bringing in Willian, a player even older than Bale. But that was done with an eye to the future. Willian was brought to the club permanently, not on loan. He’s at Arsenal to perform (eventually), something he’s done consistently every season but also to mentor the likes of Saka and his fellow Brazilian, Gabriel Martinelli.

Do you think Mourinho has any future plans for Spurs?

Do you think he brought Bale back to Tottenham to help them over the longer-term or simply as the ready-made, experienced attacker he can slot in like leroijohnny so he doesn’t have to worry about fixing his team’s attack from the youth ranks.

I would seriously argue if Jose has looked at the youth ranks to see what was available there instead to see if he could work with one or two young lads. Presented with the choice between splashing the cash and promoting youth, Mourinho has always opted to spend money because he doesn’t have the patience to develop youngsters.

At best, Mourinho is a man-motivator. That’s his trick. Once people saw through that there suddenly wasn’t that much ‘special’ about him.

The two managers had met just twice before Mikel Arteta worked out how to beat Jose Mourinho. Mourinho won the first two, but how long did it take Arsene Wenger to beat the Portuguese?

Back in September, I’d have put money on Arsenal being a good few points clear of Spurs by this point, but therein lies the shades of football. Arsenal have not played well, but they have also been unlucky. Spurs have also not played well but have had the rub of the green. This head-to-head tells us more than the table does currently.

But Mikel Arteta has brought something special to look forward to at Arsenal – a sense of excitement and potential, and although that has dulled a little this season. Compare that with our noisy neighbors, losing on the opening day to Everton, just about scraping past nine men in Bulgaria in Europa League qualifying and needing their old penalty friend to help scrape a draw against LASK, all while playing football that would give you flashbacks of Unai Emery at his finest.

Do they look like they’re having fun in N17? Yet they sit above us.

Indeed, Spurs have had their ‘glory years’ under previous manager Mauricio Pochettino, who managed to get them above Arsenal. How much that had to do with Arsenal’s implosion rather than Spurs themselves is up for debate.

Even in a season when we had three different managers, however, they still couldn’t win more than us. They still haven’t won anything. Not for a long time. Even through their ‘glory years’ when we had to listen to non-stop talk about power-shifts, Arsenal were the side winning things.

The last five years have been, perhaps, some of the worst most Arsenal fans can remember and all Spurs have to crow about is finishing above us. Plus that Champions League final they lost.

With Mikel Arteta installed at Arsenal and Jose Mourinho sure to rot Spurs from the inside out, we might be best advised to get the St Totteringham’s Day bunting out of storage sooner rather than later…

It might not be this season, but it’s coming back. On that you can bet your house.