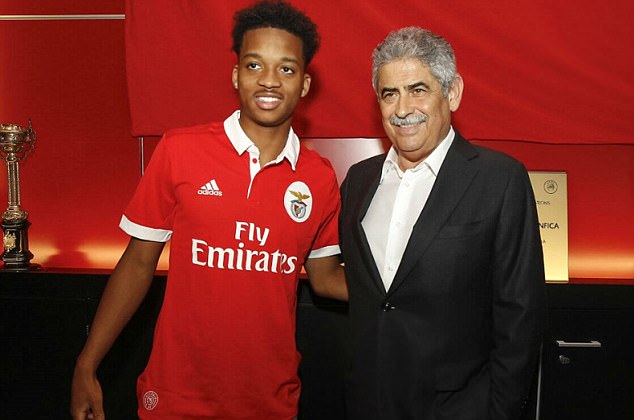 Benfica has officially announced they have completed a move for Arsenal star Chris Willock this summer.

The 19-year-old forward came through our Hale End Academy, going on to make two first-team appearances in the League Cup last season.

Willock has signed a contract with SL Benfica for five seasons. The young English forward arrives from Arsenal to strengthen the National Tetracampeões.

The England international, who plays in the hallways and makes his dribble one of the main strengths of his game, comes to Light after finishing the tie that linked him to Arsenal.

“I hope I can show what I can do on the pitch. I think we have a great team and we can achieve great things in the future, “he said in exclusive statements to BTV.