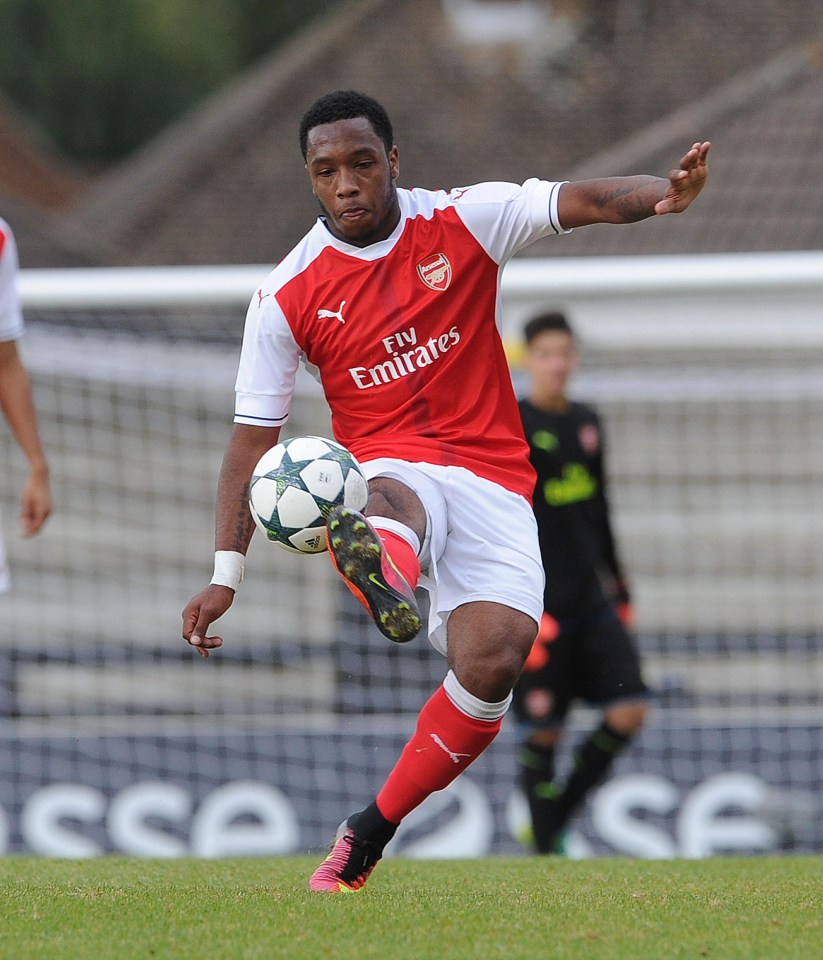 Reports from the Sun claims Arsenal are about to lose highly rated whizkid, Kaylen Hinds as he looks set to complete a £2million move to German side Wolfsburg.

Ex-Gunners academy guru Andries Jonker is now the head coach at the Bundesliga club and has swooped for the youngster in his first transfer window.

At 15 he played for the club’s Under-19s in a match against Marseille and was tipped to make the first-team like Jack Wilshere from the Gunners academy.

Last season he played for the Under-23s and agreed a new contract before getting loaned out to Stevenage in League Two.

But Arsene Wenger has agreed to allow him to leave for Wolfsburg where he will get more chances to progress.