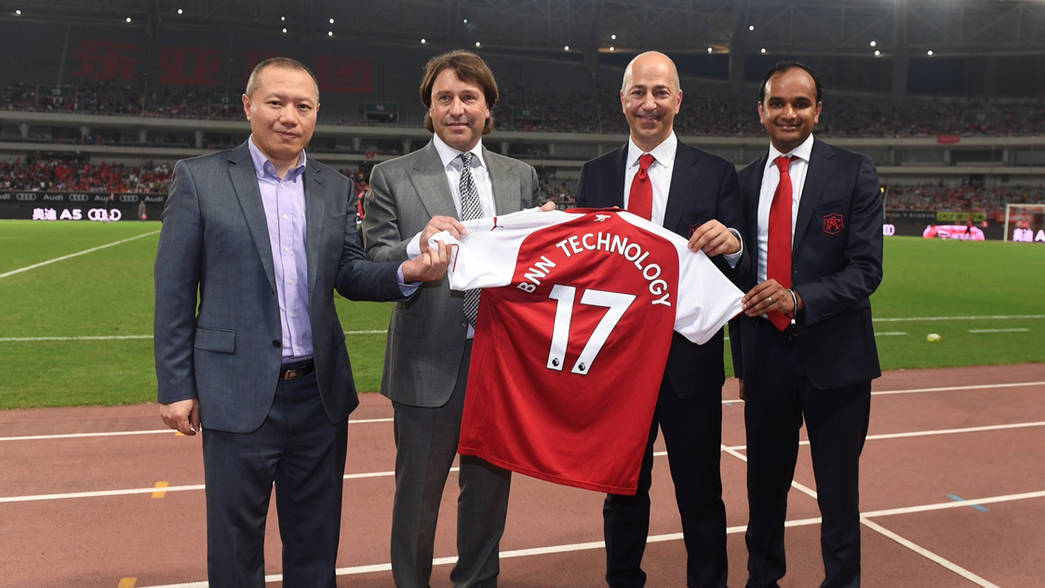 BNN Technology has signed a deal to bring Arsenal Football Club merchandise to football-mad consumers in the Chinese market.

The London listed firm will run an online store through Alibaba-owned marketplace Tmall, which accounted for more than half of retail e-commerce sales in China last year.

The deal forms part of an effort by Arsenal to ramp up its online merchandise sales, and to cater to the burgeoning Chinese football market.

“The newly expanded agreement also affords BNN Technology the right to set up and operate an official Arsenal store on the Tmall platform in China, through which supporters will be able to purchase Arsenal merchandise and official PUMA training and replica kits”.

Chief Commercial Officer Vinai Venkatesham said of the extended partnership:  “We are delighted to have extended and expanded our relationship with BNN Technology, which further demonstrates our commitment to China. We understand the power football has to engage and inspire across all ages and through working with BNN we can support the growth of grassroots football in China further through their ‘Coaching the Coaches’ programme.