The new Arsenal 2016/2017 Home Kit said to be inspired by Arsenal’s kits of the 1990s features the traditional design of the Gunners with a red body, white sleeves and subtle tonal stripe running down the middle of the shirt.

The 2016/2017 Home Kit will be combined with white shorts and hooped socks.

Below is a live picture of the Arsenal 2016/2017 Home kit displayed ahead of the official release date in July 2016. 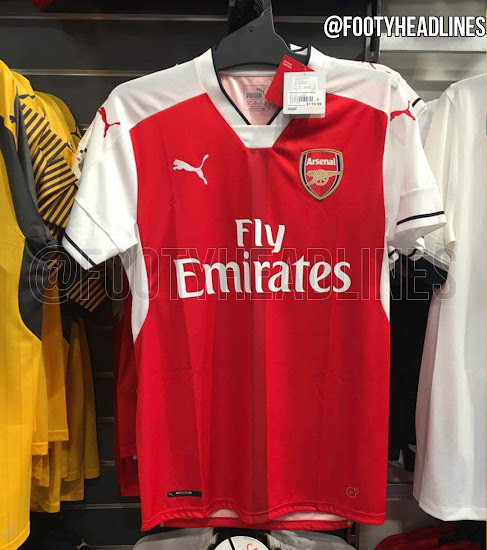 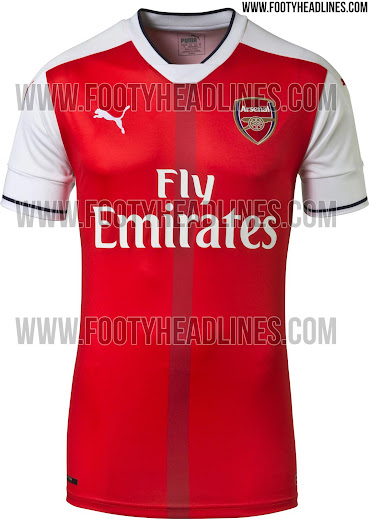 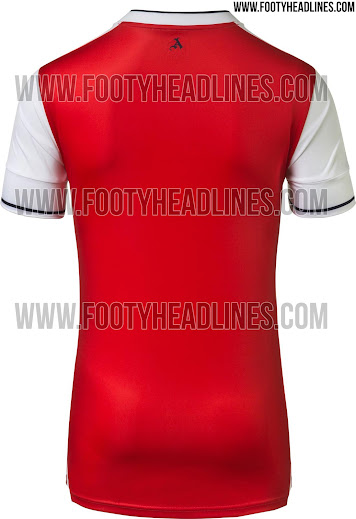 Moving away from the Arsenal home kit, the new 2016/17 Away Kit introduces a vintage design for the Gunners, set to be released in July 2016. It boasts Arsenal’s famous yellow kit colour and not the gold colour used last season.

The Fly Emirates logo on the front of the new Arsenal away kit is navy (pale navy) with very subtle stripes on the front to create a vintage look; and on the back under the collar is the famous Gunners logo.

The Arsenal 2016-2017 Away Kit will be combined with navy shorts and yellow socks.

Below is a live picture of the away kit displayed ahead of the official release date in July 2016. 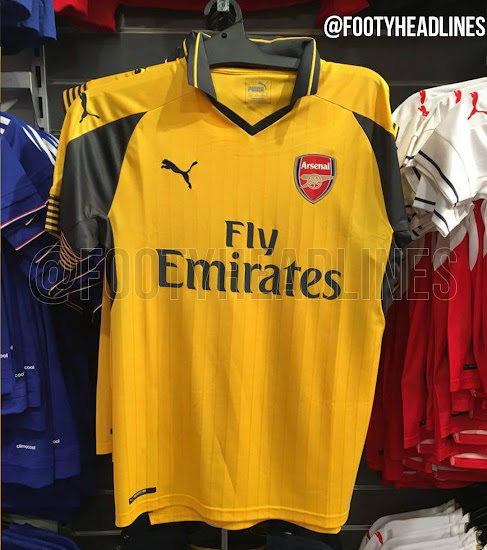 The Arsenal 2016/17 third Kit features a dark navy base with fluorescent yellow as well as the oversized sleeve cuffs and a broad stripe on each arm.

Both the Fly Emirates text on the front of the navy Arsenal 16-17 third shirt and the Arsenal crest are colored in Safety Yellow as well.

Below is an online preview of the Arsenal 2016/17 third Kit.

What’s your take on all three Kits? please share your opinion and thoughts in the comment section below. 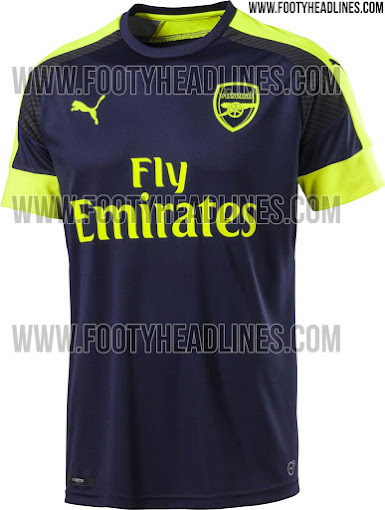 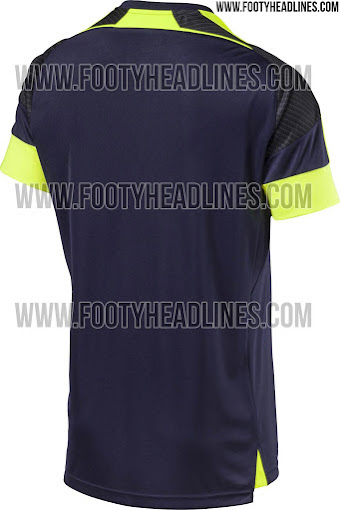