Arsenal will entertain West Bromwich Albion on match-day 6 of the competition. The Gunners are fresh from a draw against Chelsea but will not find it any easier to pick points off an in-form Baggies side in this tie.

West Brom have now won two and drawn two of their first five games of the season and will go for the kill.

In early team news, Arsenal are still without Calum Chambers, Francis Coquelin, Danny Welbeck and Santi Cazorla, all of who are still nursing injuries. Mesut Ozil and Theo Walcott are both close to making a comeback but are doubtful for this game. 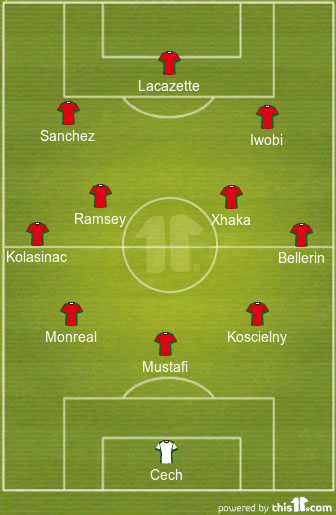