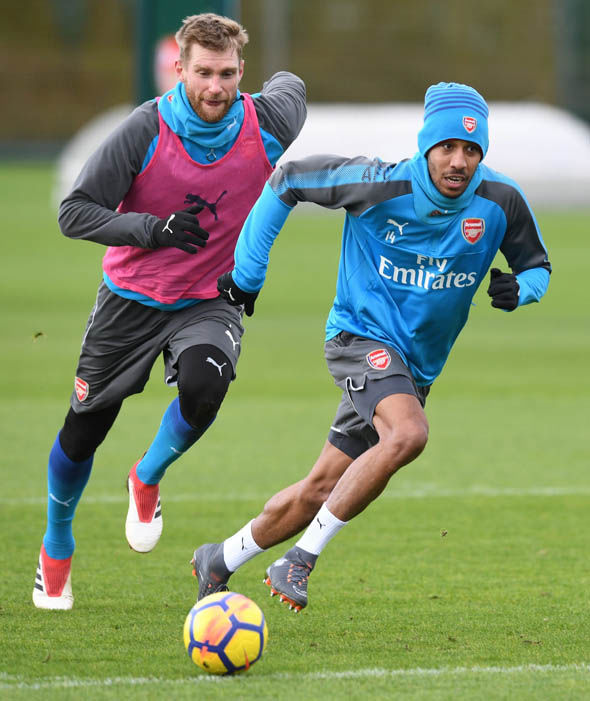 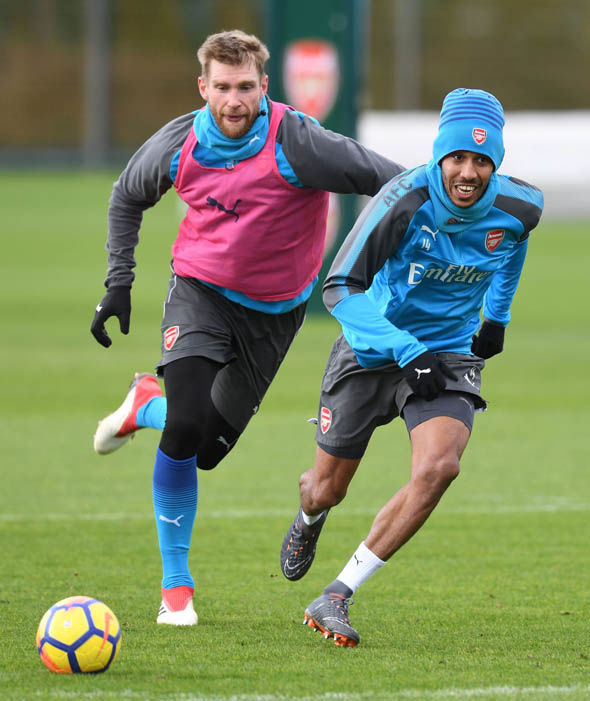 The explosive striker was put through his paces alone yesterday, but was able to demonstrate his blistering pace with the squad this morning.

Aubameyang was pictured getting involved in a foot-race with Arsenal veteran Per Mertesacker and the results were inevitable.

The 29-year-old was beaming throughout the session and looks right at home among the squad, though he may have to wait for his debut after recovering from flu