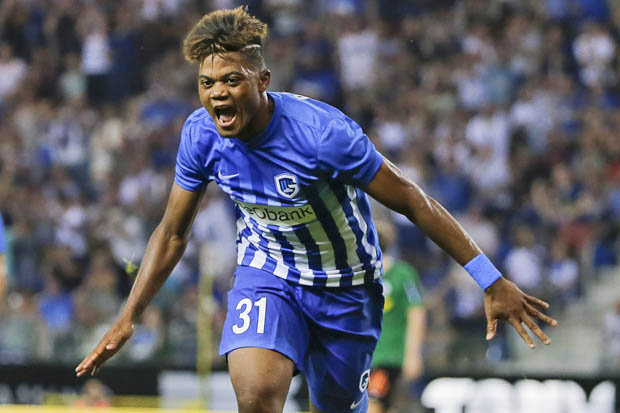 Arsenal are interested in signing Manchester United target Leon Bailey, according to reports.

Bailey has established himself as one of Europe’s most promising teenagers this season and it is actually no surprise that he is now being linked with some of Europe’s best clubs.

The Jamaican born winger has been at Genk since 2015, making 52 league appearances for the Beligian side and scoring 7 goals. His impressive performances attracted some of Europe’s big clubs in the past as PSG and Ajax tried to sign him last summer but Genk were not willing to sell.

It is Manchester United who are now leading the race to sign the winger after Old Trafford scouts watched the youngster in action earlier in the season. But it appears Wenger could rival the Manchester based club for the player’s services.

According to HLN via Tribalfootball, Arsenal’s scouts were present at Genk’s game last weekend to watch the youngster.

The report didn’t mention if and when Arsenal will make a concrete move but they reckon we will be in the race to sign the player if Genk wants to sell.

His agent, while confirming Manchester United’s interested in the youngster revealed it would take more than €20m to sign the playmaker.

“Manchester United is one of the top clubs who are very interested. But 20 million, that is rather a price for players who have already proven themselves in the Champions League or in a big competition,” said Rosenthal.

I am quite unfamiliar with the Belgian league but for both Manchester United and Arsenal to be keeping tabs on Bailey’s development, it means he is a very promising player.

Wenger has always shown that he has an eye for young talents and has successfully helped many develop into top players in the past. It remains to be seen whether Bailey will join the long list of talented youngsters who became top players at the Emirates.